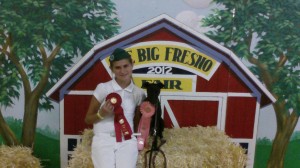 October in Fresno means one thing…The Big Fresno Fair.  We have a soft spot for the Fresno Fairgrounds…it is where we host or annual Go Nuts with Mutts Flyball Tournament every year in April, so we know the venue well!

One of our Mutts in Motion team members that knows it a little better this week is 12 year old Jr. Handler, Alissa (Ali) Hayes.  Ali had a chance to compete with the McKinley 4-H Dog Group this past week and show off her handling skills along with her 1.5 year old Whippet/Jack Russell Mix, Xena.  Ali and Xena took 2nd in Obedience and 4th in Showmanship.  We are so proud of Ali and Xena!

You can continue to look for Ali when you come to our performances and tournaments as she trains Xena to be a flyball champion along with helping the Mutts with pretty much anything  from ball shagging to boxloading, she is truly a team player and the Mutts look forward to many fun years ahead with this outstanding Jr. Handler! 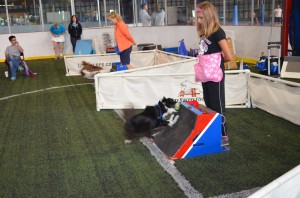 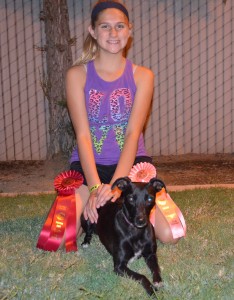 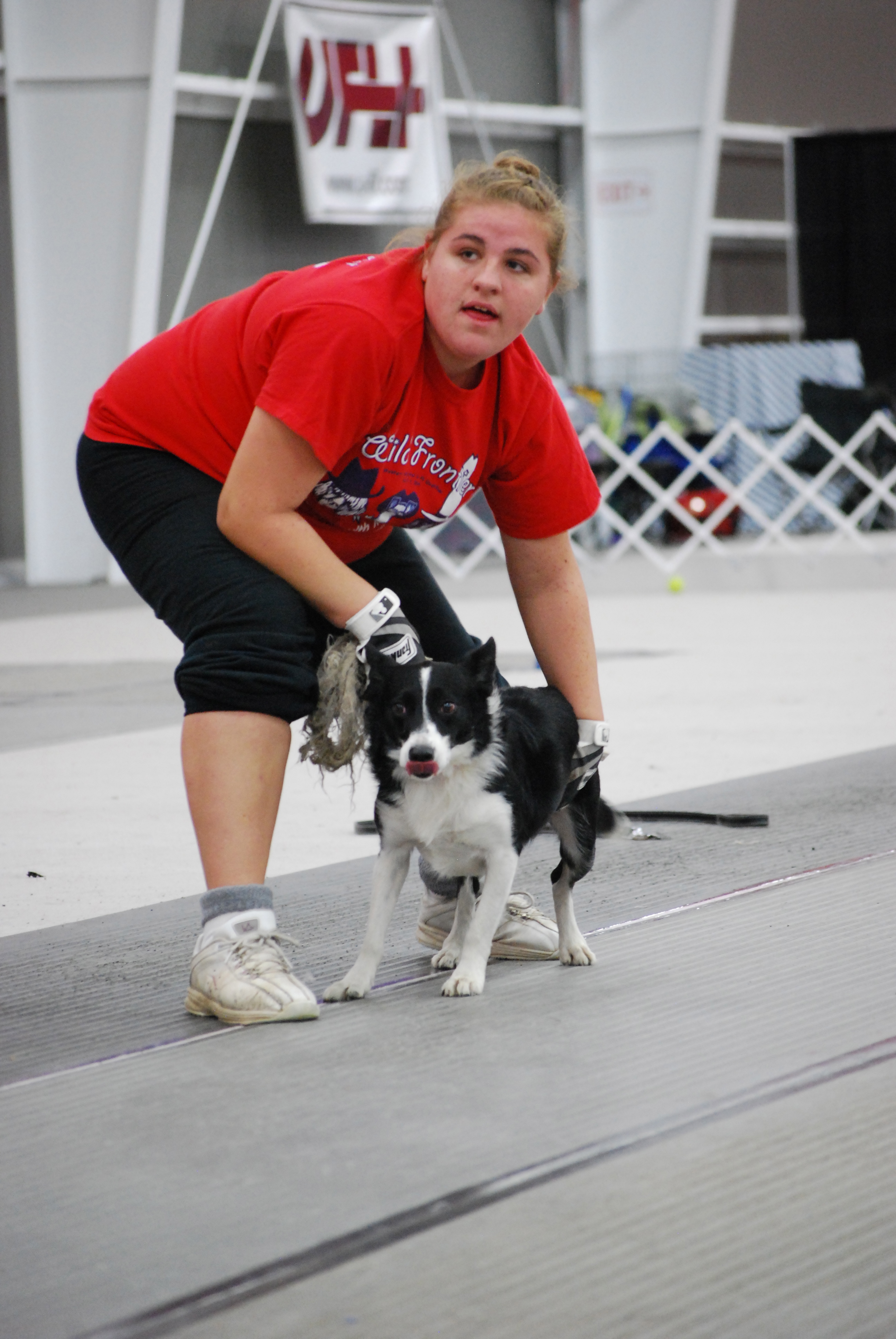 One never knows when you are going to be called on to help a neighbor out, so when Mutts in Motion member, Patty Chaffin came to the aid of her neighbors who had stopped to pick up an abandoned pup on a rural Fresno County road and could not keep him, she knew what to do.  One Saturday morning, she packed the pup up in her car and headed to a place that was no stranger to taking in rescue dogs…Mutts in Motion flyball practice was going on and the Mutts members took quite a liking to the little guy.  In particular, Mutts members, Kathy Fleming and her daughter Brittany after loving on this black and white furry Border Collie mix, told Patty that he was going home with them.  Brittany had been wanting a flyball dog of her own to train as a Jr. Handler, and now she had one.  Mickey officially joined their pack and despite being afraid of everything in the beginning, with love, patience, training and determination, Brittany has helped Mickey to become a truly great flyball dog and an important member of Mutts in Motion.  He is now known around their house as “Wild Man Mickey”. 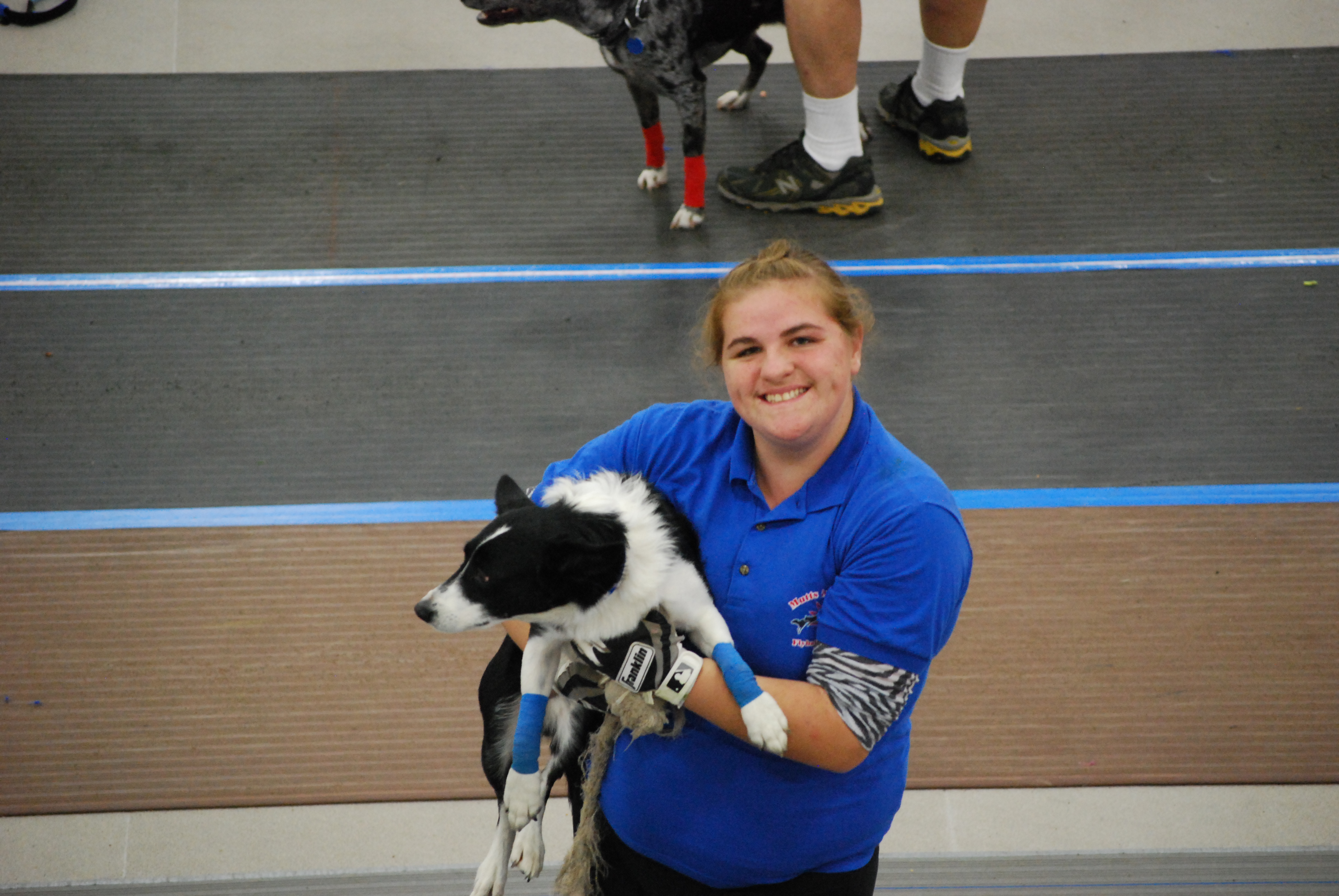 Brittany and Mickey were recently part of the Mutts in Motion Championship team that traveled to the 2011 U-Fli Flyball Tournament of Champions in St. Louis, Missouri where they placed 2nd in their division.  They continue to train to be the best handler/dog team they can be, never forgetting that sometimes to be a great flyball dog, all you really need is to be given a chance.