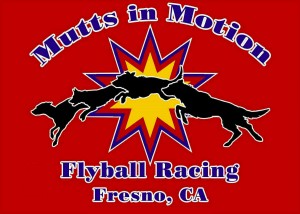 Mutts in Motion Flyball Team was formed in 2004 however our roots reach far back in time when flyball first became a popular sport on the West Coast.  Three of our founding members began their flyball careers in 1984 after reading a magazine article about flyball and wanted a fun diversion from competitive obedience.  Carol Cullers, Liz Force and Lavada Montgomery, together with Melody Daggs of Melody Daggs Professional Dog Training began their journey and helped start the 2nd flyball club on the West Coast.  One year later, in 1985, the North America Flyball Association was established to create standard rules, sanction tournaments and develop the sport of flyball.

It was a family sport from the beginning as Lavada’s daughter, Robin, at the young age of 4 years old, was the boxloader for the team at practices and performances.  Tournaments were one division and just one weekend day long.  Anything more than one point per heat (under 32 seconds) was a pipe dream.  When their young team could run under 28 seconds consistently and get 5 points per heat, they were ecstatic.  They were also the first team on the West Coast to break 19 seconds with a Border Collie, a Chocolate Lab, a Doberman and a Welsh Terrier.

Wow…how the sport has evolved from those days.  Some of the fastest teams now are running in the sub 15 second range with clubs from all over North America, Europe and other countries participating in weekend long tournaments.  United Flyball League International also made its debut in 2004 to continue fostering great competition for the sport by promoting flyball, sanctioning tournaments, and creating a supportive family oriented environment for future generations to continue enjoying the sport.

We now carry on that tradition of flyball fun with Carol, Liz and Lavada still at the helm of Mutts in Motion and a membership of 35 people and 50 dogs.  Our focus has developed to include much more as our mission statement below will describe.

One thing remains consistent and that is the Mutts Family.  Together we share the love of our dogs as our family members, the thrill of participating in a fun family sport, and sharing it all with our community.

Mutts in Motion is a 501(c) (3) Non-Profit Organization dedicated to promoting responsible pet ownership through the sport of flyball.  We enjoy competing in sanctioned tournaments as well as performing at University Basketball, Football and NBA halftime shows.  Mutts in Motion is also committed to donating time back to our community by participating in benefits such as dog rescue adopt-a-thons; partnering with our local Non-Profit Shelters to promote and support Spay/Neuter programs; and collecting Pet Food for the Elderly at our annual Pet Food Drive at our local tournament. Mutts in Motion will also donate time to perform at schools to help children see the benefits of responsible pet ownership and the rewards and joy that come from playing a fun game with their dog.